What Does the Future Hold for Hong Kong’s Population by 2028?

What Really Does the Future Hold for Hong Kong’s Population by 2028? 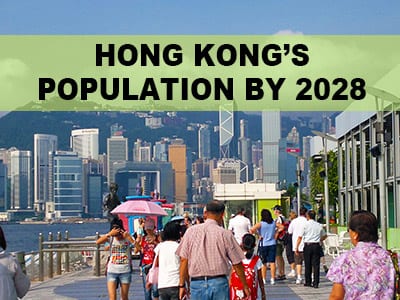 By 2028, Hong Kong expects to see 55% of its people living in the New Territories. Kowloon is projected to host 30%, while the remaining 15% are expected to be on Hong Kong Island.

This forecast was provided by the Hong Kong Planning Department. The report was prepared as part of their projections for the distribution of the population. The report includes the latest estimates from the Census and Statistics Department’s projections which was released in September 2017.

The most populated districts by 2028 are predicted to be:

The Wong Tai Shin district will play host to the biggest proportion of those aged 65 and above. This number is expected to rise from 19% in 2018, to 28% by the time 2028 rolls around.

For further details or to view the report, click here.