The City Joins a Worldwide Initiative on Tracking Down Evasive Taxpayers 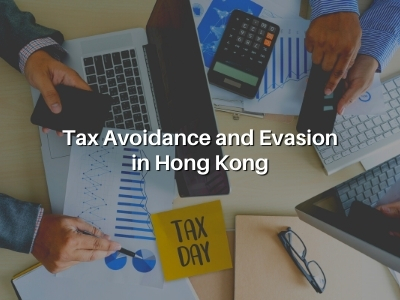 One would imagine that there would be zero problems arising from tax matters for companies doing business in Hong Kong. Hong Kong is among the top tax havens in the world. The jurisdiction has been preserving secrecy for its investors for years on end. With its pro-business government, it is surprising that even a tax haven has to deal with tax avoidance and evasion in Hong Kong. Many outsiders believe that Hong Kong is the place to keep their money out of tax authorities noses. While it was right at one point, the Hong Kong government and financial firms are working to eradicate this matter consistently.

Generally, salaried individuals and companies have to conduct self-assessment and submit their tax returns form to the Inland Revenue Department. Most of the time, companies will hire tax planners to help them avoid paying corporate taxes accordingly. While some practice is allowed by the Hong Kong government, the law provisions allow only to a certain extent. As for individuals, especially those working cross-borders may sometimes avoid paying tax by abusing the tax treaties. Thus, it becomes illegal to evade paying tax by using the tax treaties as both jurisdictions have agreed to a specific degree in paying income tax.

The specific rules apply when the Inland Revenue Department is not satisfied with particular transactions disclosed by taxpayers. The following is a general guide of Hong Kong’s General Anti-Avoidance Rules (GAARs). The application of such rules belongs to the Assessor or Commissioner. AARs is already in the Inland Revenue Ordinance (IRO), and the rules are:

Assistant Commissioner will assess as if the transaction did not take place to counteract the tax benefit.

Even tax haven countries are on the tax avoidance problem as taxpayers are evading tax authorities in one way or another. Hence, more countries, including Hong Kong, are joining the global bandwagon. The Automatic Exchange of Financial Account Information on Tax Matters is a worldwide tax cooperation initiative extending over 149 jurisdictions. Hong Kong has more than 1700 financial institutions, and all have cooperated in providing details of its clients to crack down tax avoidance and evasion in Hong Kong and worldwide. This may come as a surprise as Hong Kong has always had a great history of investor secrecy. But in the name of tax matters and its related predicaments, Hong Kong is always ready to cooperate.