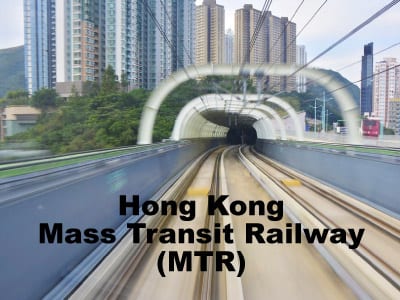 Coasting through its major districts, getting around Hong Kong is easy with the Hong Kong MTR System. The lines include stops at the boundary to Mainland China.

The Hong Kong Mass Transit Railway (MTR) system is the country’s major public network service. Operated by MTR Corporation Limited (MTRCL), the MTR makes it easy for anyone to get around the country.

There are 11 rail lines covered in total, which includes:

Stops at the mainland China boundary include the Lok Ma Chau and Lo Wu station. Additionally, Hong Kong’s MTR system also runs inter-city services between the island and mainland China. There is also a light rail system running in the New Territories between Tuen Mun and Yuen Long.

How Much Does It Cost to Travel on the Hong Kong MTR System?

Adult and child tourists can expect to pay HK$65 and HK$30 respectively for Tourist Day Pass. With the pass, you’ll be able to enjoy unlimited travel on the MTR the whole day. Your ticket will be valid for a month, starting from the date of issue.

If you are travelling with luggage, there will be restrictions applied which you’ll need to take note of. More details about luggage allowance can be found on the website of the Hong Kong MTR system here.