Hong Kong Is World’s Freest Economy According to Heritage Foundation 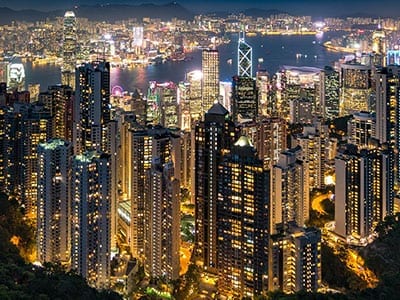 For the 25th year in a row, Hong Kong has been named by Heritage Foundation as the world’s freest economy. The country is honoured to receive this high regard.

Hong Kong maintained an overall score of 90.2 in the Index of Economic Freedom report 2019. This report was released in Washington by the Heritage Foundation. Hong Kong was the only economy that maintained an overall score which was higher than 90. This outstanding achievement reaffirms the Hong Kong government’s unwavering commitment to continue upholding its free market principles which it has held over the years.

The Heritage Foundation continued to recognised Hong Kong as the world’s freest economy for the 25th year running. This recognition recognises the country’s economic resilience, superior legal framework, high level of government transparency, its ever-efficient regulatory framework, and its openness to global commerce.

Hong Kong has always made free market principles among the cornerstones of its economy. The government will continue upholding its long standing tradition of the rule of law. It will also continue maintaining a simple, low-tax system and improve the government’s efficiency. These are all efforts designed to safeguard the country’s open and free trade regime, and to help develop a level playing field for everyone to foster a favourable environment for all businesses in the country. This will help to promote positive economic growth as well.

Hong Kong has maintained its ranks as the freest economy in the world since report was first published back in 1995. In this year’s report, the country’s overall score was 90.2 out of 100. This figure is well above the global average, which rests at 60.8. The report contained 12 components which were designed to measure a country’s economic freedom. Hong Kong successfully achieved scores of more than 90 and above in 8 of the components.