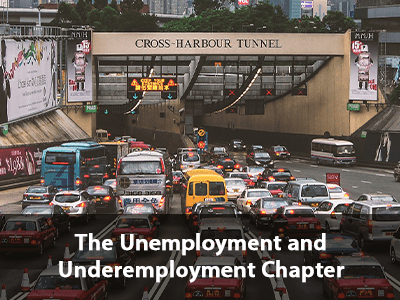 Hong Kong’s unemployment and underemployment rate remains unchanged in the first quarter of 2019 despite efforts made available. All around the world, every nation and country is facing the same predicament, and every territory, including Hong Kong, is tackling this issue through a practical and sensible approach currently available. Sometimes, individuals are just out of reach from vacancies; thus, Hong Kong is determined to ensure everyone gets a chance at it.

The Numbers Tells a Tale

Based on the recently released statistics on unemployment and underemployment, the rate has remained the same from February to May, standing at 2.8% and 1.0% respectively. As such, this shows Hong Kong’s economy is positively stable and job markets maturing. The statistics had also mentioned that both unemployment and underemployment movement in different sectors are varied, but neither is significant. As much as the issue is highlighted, total employment for the same period has increased to more than 4000 jobs. The entire labour force in Hong Kong has also expanded to almost 6000 workers.

In recent years, employment in the building and construction industry have decreased significantly as most of Hong Kong’s significant structures have been completed while other industries have only experienced a minor reduction in employment. Although the labour market is expected to be stable in the upcoming months, the government of Hong Kong will continue its efforts in managing every aspect related to employment.

That said, the labour department had recently launched a unique programme for secondary school leavers to find suitable employment. The labour department will review the vacancies available, pool them and organise job fairs where job seekers can have job interviews on the spot. The programme called Careers Let’s Go, provides plenty of information on jobs suitable for persons with secondary school education, as well as organises employment-related activities. For more information, visit the dedicated website here. For other levels of job seeker such as individuals with tertiary education and skilled workers, job fairs are regularly organised at industry-based recruitment centres and job centres across the territory.

A general understanding of unemployment is that a person is without work or job that is compensated with income. Such a person may be educated to a certain level yet unable to secure a job that can contribute to self-improvement and social, economic growth. Unemployment can cause a ripple effect to self, community and country. As for underemployment, a person is in a job, yet is actively looking for longer work hours for significantly higher wages. These group of people are usually hired as part-timers as required by the hiring organisation, while they are available for full-time jobs. They are generally skilled workers or educated individuals accepting any post that is offered despite their qualifications. As such underemployed people can have a sense of losing their job anytime, hence, deteriorating their self-esteem further. Their constant dilemma is cutting corners to make ends meet.