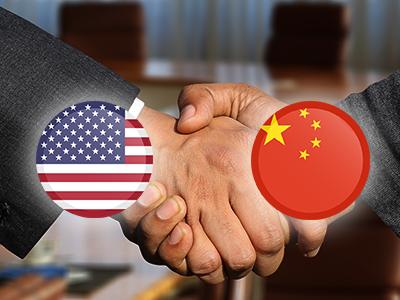 The top two economy powerhouses have been at trade disputes for a long time. The United States of America and China have had different views on trade relationships and this has led to significant trade tensions. They have been a tit for tat ever since two years ago in terms of trade.  They have signed a trade deal that is significant to both countries and the world. The signing of US-China phase one trade deal is a historic breakthrough and economies across the globe anxiously wait for the effect.

Among the critical elements of the trade deal is that China has promised to buy more US goods. The goods involved are USD32 billion of American seafood and farm produce and up to USD78 billion worth of manufactured products such as steel, machinery and aircraft. China has also agreed to buy energy goods worth USD52 billion. China is a vast country and demanding such huge orders is expected. The US has promised that it can fill the orders from China as they have plenty of capacity to start the ball rolling.

The trade deal includes punishment for intellectual property (IP) thefts from both sides. According to the trade deal, China must ban cyber-theft, unauthorised disclosure of trade secrets and the use of trade secrets. The agreement requires China to define criminal offences with regards to IP thefts and relevant matters. Without definitive crimes and punishments, there will be continuous losses for the traded goods. The deal between China and the US also provides for counterfeit prevention, including counterfeit medicines and online copyright infringement.

The historical agreement states that US banks will be able to underwrite the debts of Chinese firms. China will also allow for easier market entry of specific investment services. Widely known electronic payment services such as Visa, American Express and Mastercard are welcome to apply as bank card clearing institutions under the new trade deal. Further in the deal’s timeline, as of April 2020, China will allow US companies to participate in the insurance sectors.

The US has previously accused China on several matters such as forcing technology transfers in return for doing business and that China was a currency manipulator. Before the signing, the US has dropped these allegations, and the trade deal mentions explicitly that both sides are committed to abiding by international regulations of exchange rates. In terms of forced technology transfer, neither party will force technology transfers in return for investment transactions. This is a fresh start for both countries and an optimistic beginning to 2020 for the global economy.

Hong Kong Public Holidays 2022
August 5, 2020
Go to Top
This website uses cookies. We will assume you are fine with this. You can opt-out if you want to.AcceptRead More