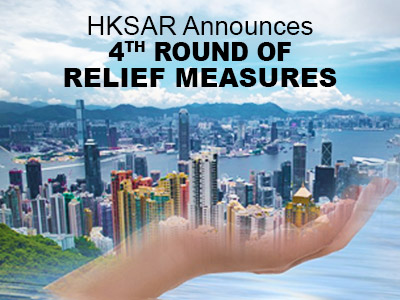 On 4 December 2019, the Financial Secretary of Hong Kong Special Administrative Region (HKSAR) announced the roll out of the fourth round of relief measures worth about HK$4 billion (US$512 million) to help companies and individuals cope with the onset of recession and fend off the impact of an economic downturn. Over HK$20 billion (USD$2.55 billion) had been allocated in the previous three rounds of relief measures adopted since August 2019.

The relief measures aim to boost investor confidence and ease the cash flow of Small and Medium-sized Enterprises (SMEs). Companies and individuals in need may now apply to pay taxes in installments while subsidies will be provided for the utility bills of small firms.

Individuals and companies in need may be allowed to settle their tax bills in installments within a year, instead of being subject to a 5% late payment surcharge as was the existing practice.

For the next four months and up to 31 March next year, the HKSAR will provide subsidies to commercial users by paying 75% of their electricity bills, with the amount capped at HK$5,000 per month. It is estimated that close to 430,000 commercial users will be financed by up to HK$20,000 each, costing the government HK$2.3 billion. Non-domestic households will be exempt from paying 75% of water and sewage charges, with water fees capped at HK$20,000 per month and sewage charges at HK$12,500 per month over the same period. This will cost the HKSAR approximately HK$340 million and benefit about 250,000 households.