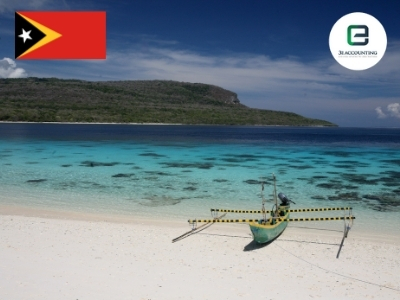 The development of Timor-Leste is based on their petroleum wealth for the high-quality investments they make to improve their infrastructure and human capital. The mission is to provide the chance to learn any future plans that Timor-Leste has and understand any emerging business opportunities. You can start Timor-Leste company registration with the help of 3E Accounting.

Timor-Leste is on Timor island which is about 700km northwestern part of Darwin and its capital is Dili. Australia is near Timor-Leste, and they have a shared history and strong links. Australia has been supporting Timor-Leste since it became independent in 2002. It is still the biggest partner when it comes to security and development. A lot of Australians are actively engaging with Timor-Leste through different sectors. These are their state, non-government organizations, territory and local governments, private sectors, friendship groups and learning institutions.

Since 2015, Timor-Leste has been ranked the 11th largest goods trading partner of Australia. It has a total merchandise trade value of A$29 million. Australian exports to Timor-Leste had an A$27 million with major items. It includes parts of spacecraft and aircraft, passenger motor vehicles, measurement and analysis of instruments, and refined petroleum.

The imports had a value of A$1.3million and the majority of them are parts of coffee and transmission shafts. Timor-Leste already has a preferential duty-free quota that has free access to the markets in Australia since July 2003. The basis of the economy is mostly dependent on the exploration of oil and gas offshore in the Timor Sea.

Supports the UNCLOS and international order that is rules-based

The treaty serves as a testament to how international law reinforces stability while letting countries resolve disputes peacefully. This is an example of a rules-based order.

UNCLOS has underpinned stability and security that is recognized around the world.

Timor-Leste has achieved formal independence on May 20, 2002, and its independence was from the UN-sponsored referendum in 1999.

The head of state in Timor-Leste is a directly elected president that has limited executive power. The head of government is the Prime Minister and a political party leader who is able to form a majority coalition during the unicameral national parliament.

The companies incorporated in those jurisdictions that offer onshore and offshore companies may benefit from fair tax regulations and/or company regimes that special offshore have.

3E Accounting is here to assist you with accounting, taxation, business set up and start-up, payroll, financial planning, ROI information, and everything else you need to get your business going. We will always guide you.